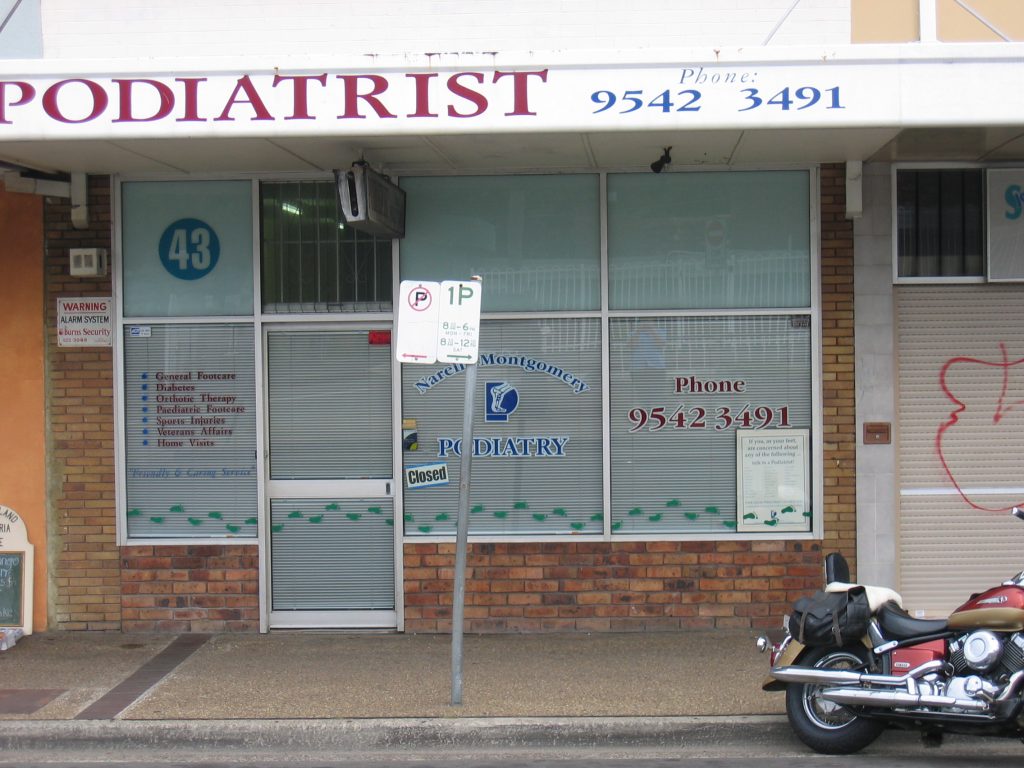 On the 1st June, it will be our 25th Anniversary for Sutherland Podiatry Centre.  Can you believe it, 25 years! You can see the picture above is from the old premises when we were originally Narelle Montgomery Podiatry.

So what has happened to us over the past 25 years? We started out as a 1 man band, me, in a tiny room above the children’s clothing shop. I used to answer phones, do receipting, all the bookwork, without a computer, yes there was a time when we worked without computers.

I have had 2 children during this time, one who arrived when I was supposed to be working, that certainly put a spanner in the works, and the second one turned up when he was due.

I have employed over 20 podiatrists during this time, and I must say, my current team are the best I have had. At least half of these podiatrists were new graduates and we have been instrumental in training these podiatrists with the latest technology and techniques to improve their not only their skills but also great clinical outcomes for their patients! They have made a difference in people’s lives.

Watching the Shire over these 25 years, I have seen this area flourish and become a major hub in Sydney. Every time a small house on a big plot of land has been sold, a block of flats goes up. The old brickpit in Kirrawee has exploded with unit blocks and shops, not to mention all the new units going up in Miranda. Unfortunately, I have also seen the traffic exponentially increase as well! But the Shire is a very unique place, surrounded by both beautiful bushland, and magnificent beaches. No wonder everyone wants to live here!

I have seen the Sharkies finally win a ARL premiership, a very proud day for us all, and we celebrated for 2 weeks in the clinic for that momentous occasion.

Overall, it has been a fantastic journey, and we are still here to talk about it!! During the month of June, we will be celebrating, so please pop in and see what we have done to the place, but most of all I would like to say a humble THANK YOU, for being a part of a wonderful experience.